The China-Pakistan Economic Corridor (CPEC) is an essential project of the Belt and Road Initiative proposed by Chinese President Li Keqiang in 2013 during his visit to Pakistan. Economic Corridor is a framework and platform for comprehensive and practical cooperation between China and Pakistan. It is a critical milestone agreed upon by the two countries' leaders, who has placed particular emphasis on advancing the journey of construction and development through this mega project. The CPEC's overall launch window ranges from 2014 to 2030. The implementation stage is divided into three phases: short-term, mid-term, and long-term projects which are expected to be finished in 2017, 2025, and 2030, respectively. The project has the full support of the political parties and the people of both countries.

CPEC aims to develop industrial zones and overcome economic issues, such as the energy crisis, but the project will benefit Pakistan's agricultural sector in practice. Agriculture is an essential pillar of Pakistan's economy, whose GDP share is 21%. More than half of the country's population is engaged in agriculture, while most of the population is indirectly involved in agriculture. Pakistan was a food exporter until 2013 but has since become a food importer. The agricultural sector's development means an improvement in half of the country's population's living standards.

• Encourage the development and remediation of medium- and low-yielding land, as well as the construction of water-saving modern agricultural zones, to maximize resource efficiency.

• In the regions along the CPEC, strengthen cooperation in fields such as crop farming, livestock breeding, forestry and food production, and aquatic and fisheries.

• Improve the operation and management of water resources, the development of pastoral areas and deserts, and encourage remote sensing technology.

China is interested in Pakistani agriculture through CPEC because it has to spend billions of dollars every year on importing agricultural commodities from other countries to meet the food needs of 1.3 billion people. Most trade is with the United States, Australia, Russia, and Brazil, which adds to transportation costs. Under the CPEC, China will have access to Pakistani agriculture, allowing it to benefit from Pakistan's best agricultural products at a lower cost. Pakistan has been suffering from an energy crisis for a long time which has adversely affected agriculture. Under the CPEC, China will invest more than $33 billion in the energy sector, which will provide cheap electricity to farmers. Cheap electricity facilitation means expansion of irrigated areas, which will enhance the farmer cultivation area and improve the economy. Thousands of acres of arable land due to lack of irrigation facilities in most parts of the country, including Baluchistan, the barren land, scientific methods will store the water available through the projects included in the CPEC and to modernize the irrigation system. Due to the lack of cold chain logistics and processing centers in Pakistan, harvesting, more than 50 percent of agricultural produce lost during remittances. 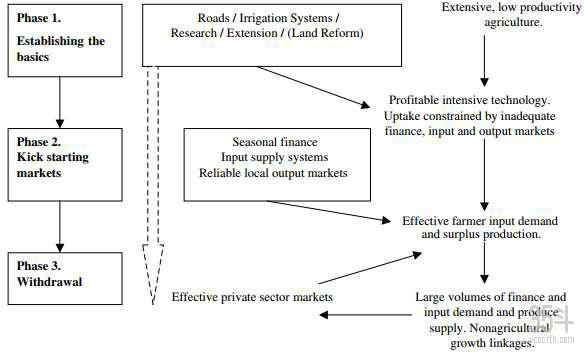 Chinese companies, in collaboration with Pakistani companies, will set up three-level warehouses to secure agricultural produce. These include transitional warehouses and port warehouses. All major cities of Pakistan will be connected to deliver products and warehouses which are designed to keep fruits, vegetables, and commodities. In the first phase, set up such warehouses in Islamabad and Gwadar, while in the second phase set up warehouses in Karachi, Lahore, and Peshawar. And then, construct vegetable processing plants in Islamabad, Lahore.

Initially, set up a cotton processing plant with an annual production capacity of 100,000 tons. Thousands of acres of land will be leased to Chinese companies where new varieties of seeds will be developed to view climate change. For this purpose, 17 different projects have been identified in which NPK fertilizer plants will be set up with a production capacity of 800,000 tons. Similarly, agricultural companies will be required to secure tractors and commodities for farms. Various ministries and the Development Bank of China will provide interest-free loans to purchase machinery, energy-saving pumps, fertilizers, and seed sowing and harvesting equipment. The Chinese government will provide financial assistance to agricultural companies, and regarding, China and Pakistan agricultural officials will be in touch with each other. The Chinese government will provide loans to foreign investors at concessional rates, which could later be turned into partnership projects. 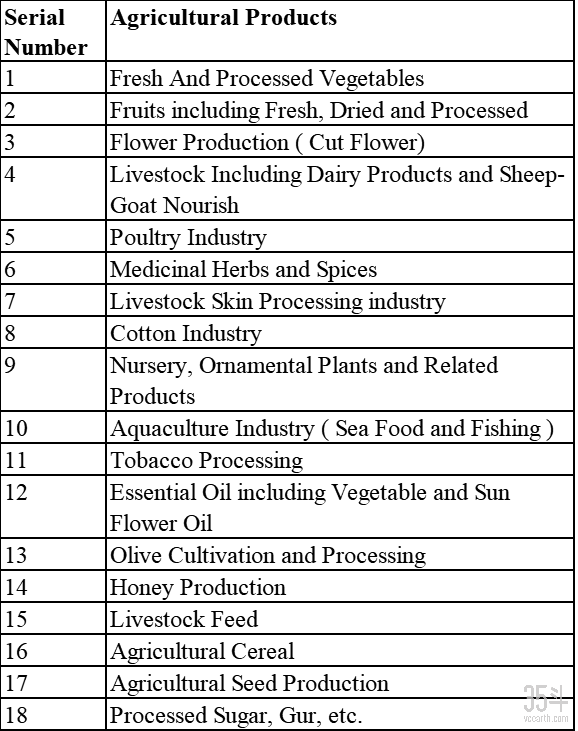 Livestock is an important sector of agriculture, accounting for 11% of GDP. Under livestock growth, Hybrid varieties will be developed for breeding and higher yields.

The second phase of the CPEC project is also creating opportunities for cooperation in the social spheres, helping develop Pakistan's agricultural sector and address.

The country's food shortages but also lead to better access to international markets. These plans and initiatives will revolutionize Pakistan's agriculture sector and improve people's living standards connected with the agro-industry.

In the context of the CPEC, the Pakistani government is working on agriculture cooperation. During the Pak-China Agricultural Cooperation Forum in Islamabad in October 2019, the Pak- China Agriculture Cooperation Exchange Centre was established. The center was inaugurated by Pakistani President Arif Alvi and Chinese Ambassador Yao Jing. In terms of the forum, Chinese companies would offer assistance in finding a long-term solution to Pakistan's agricultural problems. China has promised to open its markets to Pakistani agriculture products such as rice and fish, help Pakistan market its Halal food products, and provide modern agricultural technology.

The prime minister has instructed the minister of food security to develop short, medium, and long-term plans for achieving food security and increasing crop productivity.

In a recent cabinet meeting, Federal Minister for Planning, Development, and Reform of Pakistan Mr. Makhdum Khusro Bakhtyar stated that the current government is focusing on modernizing the agriculture sector to improve the livelihoods of small farmers and increase its contribution to the national economy, noting that agriculture is the largest sector of the economy. He stated that under the CPEC framework, agriculture cooperation with China would be enhanced.

He also announced the formation of the CPEC Business Advisory Council, which will include representatives from leading companies in various industries, including agriculture, to identify new areas for future collaboration with China under CPEC.

Pakistan's Ministry of National Food Security and Research and the Pakistan Agricultural Research Council has already begun working on the China Pakistan Economic Corridor, governed by government policies. In January 2021, the Parliamentary Committee on CPEC, chaired by Mr. Sher Ali Arbab (MNA), paid a visit to the National Agricultural Research Centre (NARC). This meeting aimed to make agriculture a key component of CPEC and explore opportunities for Pak-China agricultural cooperation and technical assistance through PARC interventions.

The incentive for Foreigner Investor to invest in Agriculture Sector (SEZs)

Pakistan's government has announced a broad incentive package to entice foreign investors to participate in CPEC projects. Particularly noteworthy is its sizable stimulus package for countries with which Pakistan has free trade agreements. Chinese companies, in particular, benefit significantly from Pakistan's favorable trade policies toward China. The agriculture sector in Pakistan has many potentials to attract Chinese investors in food processing, agriculture cropping, fertilizer, pesticides, and livestock industries.

Following benefits are included in the incentive package customs duties on capital goods used in the dairy industry are low.

(Reduced Custom rate will be applied for the plant, machinery, and other capital goods needed to set up a dairy farm).

Customs duties on capital goods used in the poultry industry are low.

(Reduced Custom rate will be applied for a plant, machinery, and other capital goods needed to set up a poultry farm).

Low tariffs on capital goods used to handle, process, and store vegetables and fruits, among other things.

(Cleaning, sorting, and grading machinery and equipment can be imported at a reduced Customs duty rate.

The food processing and beverage industries are exempted from income tax.

There is no customs duty on capital goods in order to establish Fruit Processing in specific areas.

(Plant, machinery, and equipment imported for setting up fruit processing and preservation units in Gilgit-Baltistan, Baluchistan, and Malakand Divisions, which are fruit-growing areas of the country, are allowed to be imported duty-free).

Import of ingredients for the preparation of Value Added Chicken Products (VACP) is subject to reduced customs duties.

(Besides the accessibility of domestically sourced inputs, imports of inputs for the production of valuation chicken products，also also permitted at reduced tariff rates).